We have the pictures of the Hameln Weekend online at: 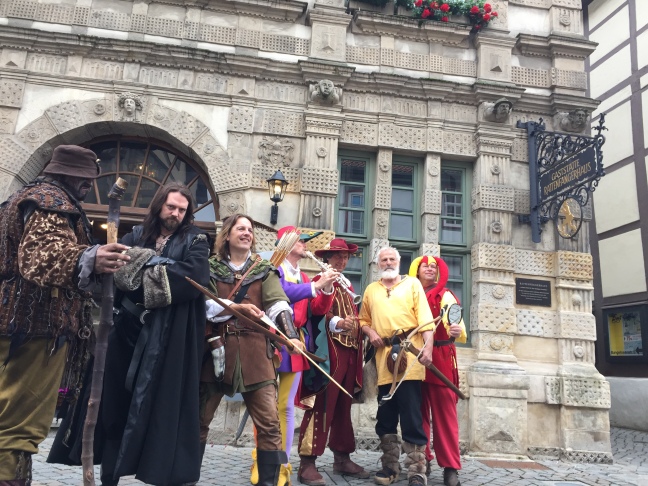 Let us see if 2017 brings us to Switzerland…

Nottingham Post has called out a competion for a new Nottingham(shire) Logo. You know we can’t resist a competition, so here is the first look at our offer:

In this version of the Word/Picture Trademark we have visually referenced the various persons who have made the city and shire internationally famous:

The typefont bridges the historical and modern, slightly frilled, but sporting a series of parallel stiff lines from the lower left to the upper right, symbolizing an increase, a rise in value.

The crown is a homage to William Booth, the founder of the Salvation Army.

The Bow, the iconic accoutrement of Nottingham’s internationally known legend and a remembrance to the old council house street lights, spans and frames the artistic references below in the very center of attention.

The Microphone a modern reference to musicians like Graham Russell, Ian Paice, or Bruce Dickinson.

A Paint brush reminds us of artistic Kate Greenaway or Sir Paul Smith.

That the items build an “N” of sorts is a whimsical wink at a previous logo.

(Should voices relate that sportsmen like Brian Howard Clough fail, certainly the arc of a Football would fit under the crown.)

The “Land of Legends” claim comes doubled for reinforcement and forms the drawstring creating an overall image of the letter N on a wide shield.

Finally, friends of Gotham will find the outline of the logo strangely familiar… 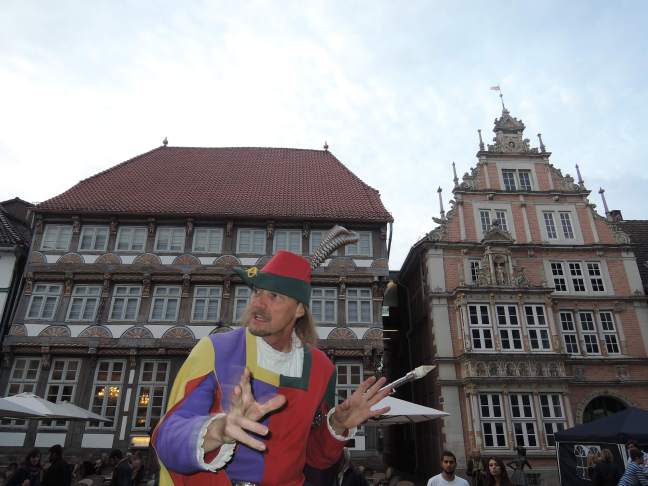 Looping Magazine and Blog has picked us up, mentioning Robin and Will.