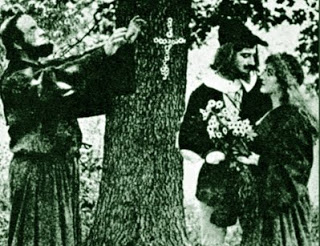 Research has revealed that British Director Percy Stow filmed a Pied Piper movie in 1907 and a Robin Hood film in 1908! If he did a Wilhelm Tell, that would be amazing.